News
You are here: Home1 / News2 / New treatment to fight against sight loss caused by AMD 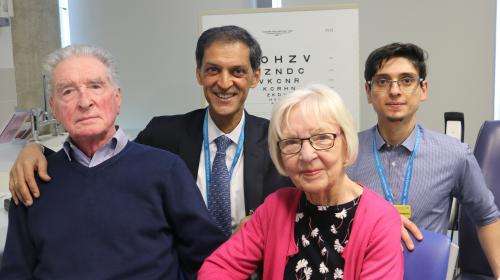 The results of this ground-breaking clinical study, published in Nature Biotech, described the implantation of a specially engineered patch of retinal pigment epithelium cells derived from stem cells to treat people with sudden severe sight loss from wet AMD. It is hoped that it will also help treat dry AMD in the future.

It’s the first description of a complete engineered tissue that has been successfully used in this way.

The study is a major milestone for the London Project to Cure Blindness, a partnership between Professor Pete Coffey from University College London and Professor Lyndon da Cruz, a retinal surgeon at Moorfields Eye Hospital NHS Foundation Trust.  The Project has also been supported by the UCL Institute of Ophthalmology and the National Institute for Health Research (NIHR).

AMD is the most common cause of sight loss in the UK, and can lead to a rapid loss of central (reading) vision. The two patients who underwent the procedure, a woman in her early 60s and a man in his 80s, had the severe form of the condition (wet AMD) and declining vision.

The study investigated whether the diseased cells at the back the patients’ affected eye could be replenished using the stem cell based patch. A specially engineered surgical tool was used to insert the patch under the retina in the affected eye of each patient in an operation lasting one to two hours.

The patients were monitored for 12 months and reported improvements to their vision. They went from not being able to read at all even with glasses, to reading 60-80 words per minute with normal reading glasses. 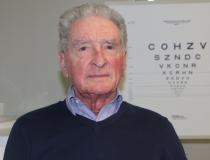 Douglas Waters, 86, from Croydon, London, was one of two people who had received the treatment at Moorfields Eye Hospital. He developed severe wet AMD in July 2015 and received the treatment three months later in his right eye. He says: “In the months before the operation my sight was really poor and I couldn’t see anything out of my right eye. I was struggling to see things clearly, even when up-close. After the surgery my eyesight improved to the point where I can now read the newspaper and help my wife out with the gardening. It’s brilliant what the team have done and I feel so lucky to have been given my sight back.”

“The results suggest that this new therapeutic approach is safe and provides good visual outcomes. The patients who received the treatment had very severe AMD, and their improved vision will go some way towards enhancing their quality of life. We recognise that this is a small group of patients, but we hope that what we have learned from this study will benefit many more in the future.”

“This study represents real progress in regenerative medicine and opens the door to new treatment options for people with age-related macular degeneration. We hope this will lead to an affordable ‘off-the-shelf’ therapy that could be made available to NHS patients within the next five years.”

“The results from this trial are fantastic and the culmination of years of research by the London Project team. Philanthropy has played a critical role in the London Project since its inception and we are delighted that this support continues through Moorfields Eye Charity. This ground-breaking milestone demonstrates the real impact philanthropy plays in creating life-changing moments, such as helping someone regain their sight.” 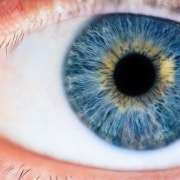 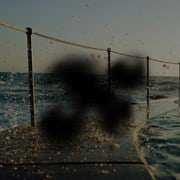 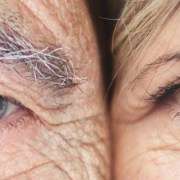 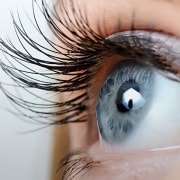 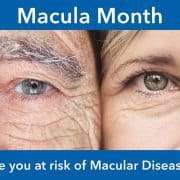 Glaucoma Research: A Year of Progress